When we think of colourful autumn leaves in Japan, it’s the image of a Japanese maple that first pops into our head. It’s hard not to be dazzled by a Japanese maple leaf in full colour and because they are easily recognisable it’s only natural that we have adopted them as the symbol of this colourful season. 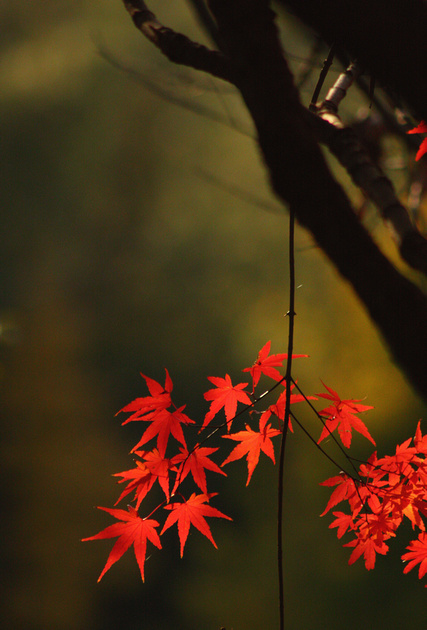 The Japanese Maple (Acer palmatum) is usually just called momiji モミジ. Its proper name is Iroha-momiji イロハモモジ. This was one of my favourite Japanese maple photos from last year.

There are hundreds of other tree species that are just as pretty of course, and in traditional Japan the other species were admired just as much as the Iroha maple. Like Sakura in spring, the autumn maples only last for the blink of an eye in any one place, so by overlooking the other species we are missing out on the lion’s share.

Interestingly, one of the most colourful autumn leaves in Japan is in fact the Sakura-cherry tree. They are one of the first leaves to drop, and most sakura trees have lost their leaves by the end of October, especially after the typhoons come through. The individual leaves are big, and range in colour from yellows and oranges, to dark reds and browns. Sakura leaves are heavy and drop straight to the ground, so the floor around the trees becomes a carpet of orange and red when the leaves fall.

I found this sakura tree in a park close to my house last weekend with a few leaves still holding on. 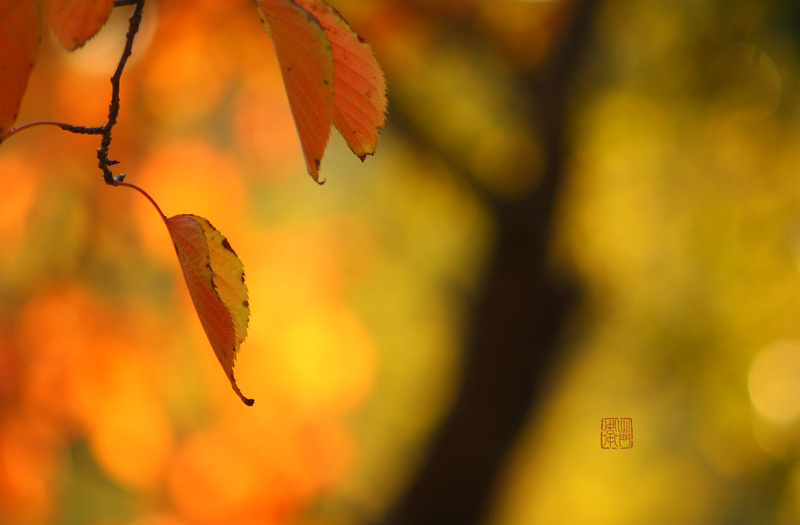 Another often overlooked tree is the Dawn Redwood. These trees aren’t native to Japan of course, but they are planted in parks and schools everywhere. In Summer they are a beautiful lime green, but in autumn fade to light brown before the leaves fall. On closer inspection, the tiny individual leaves seem to glow in a soft translucent orange. 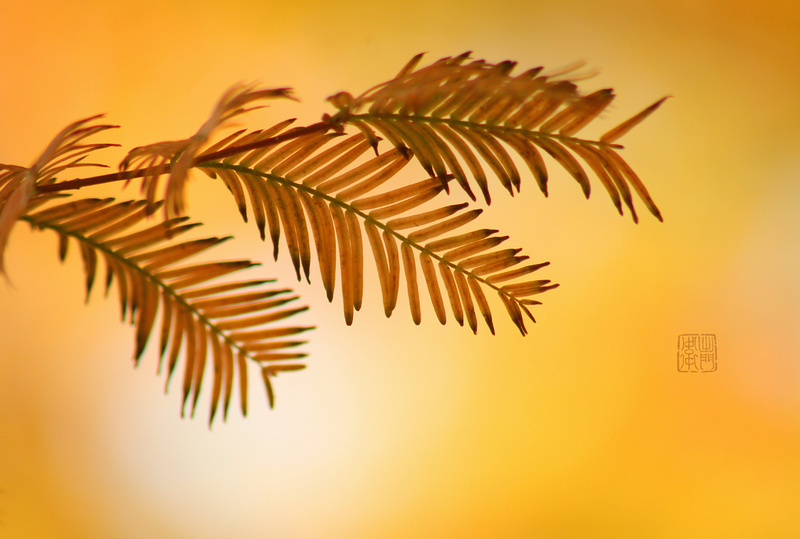 Most of the tree species in the maple family are called Kaede in Japanese. There are many native species as well as North American varieties, especially in cities. Here’s a variety called Toukaede トウカエデ. This tree is not native to Japan, it was introduced from China hundreds of years ago. So long ago that it now grows wild in many places and is even wrongly listed in some books as being native species. It's English name is Trident Maple, because its leaves have 3 points. 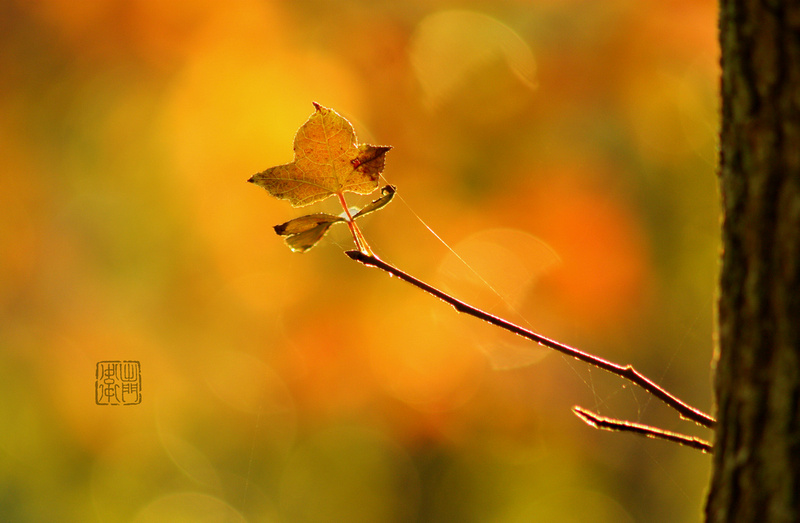 Here in Chiba where the winter is mild compared to most of Japan, sub tropical trees hold control over the forest, and many of the colourful species that sprinkle beauty over the mountains in colder areas don’t survive here. Centuries ago most of the sub tropical forests surrounding rice fields were cleared and replaced with coppice woodlands of Asian oaks which were useful for fuel and compost. Many of these woodlands have survived, and walking around the Chiba countryside over the years, I have grown fond of the subtle yellows and browns of the warm oak forests in Autumn. Oak trees are one of the last to drop their leaves, some of them clinging on right into the new year. Oak leaves are a favourite food of many different kinds of insects who munch on them throughout the summer months, so not only are leaves colourful in autumn, but they also take on many different shapes and patterns. 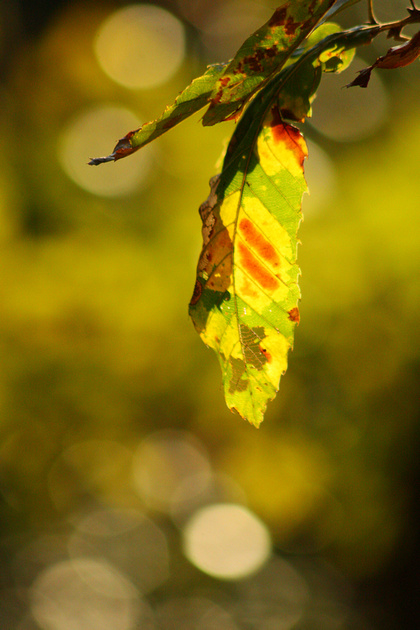 The leaves of the Zelkova tree also get holes munched out of them by insects, and make great subjects for autumn leaf photography. They are common all over Japan because they are strong fast growing trees that offer good summer shade. They have thin branches at the top, so in winter they let sun through. Called keyaki ケヤキ in Japanese, they are the huge trees seen growing around farmsteads in the Japanese countryside. 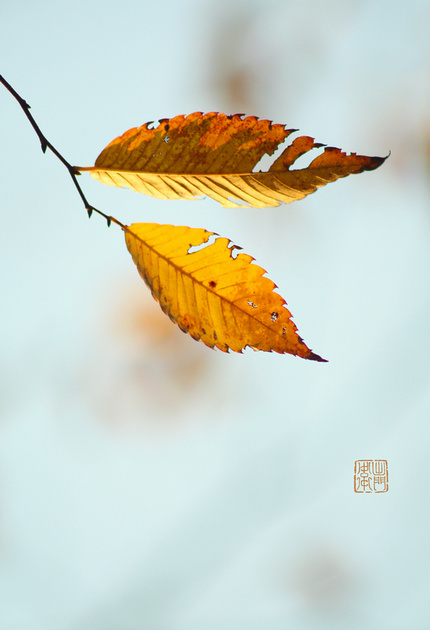 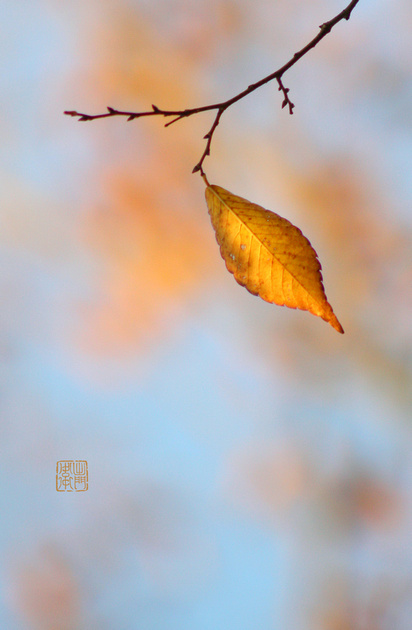 Happy leaf peeping, and keep an eye out for some of the other colourful autumn leaves.