先日、里山を散歩している時に出会ったヒバカリと言う小さなヘビの写真を撮りました。
2年前に詳しくブログでご紹介していますので英語の文章のみなのですが、良かったら見て下さい。
A few weeks ago I took some photos of a Hibakari snake that I found while exploring some local countryside. I added them to this blog post I wrote in 2013 about these snakes. It is a fun little article, I hope you enjoy it. 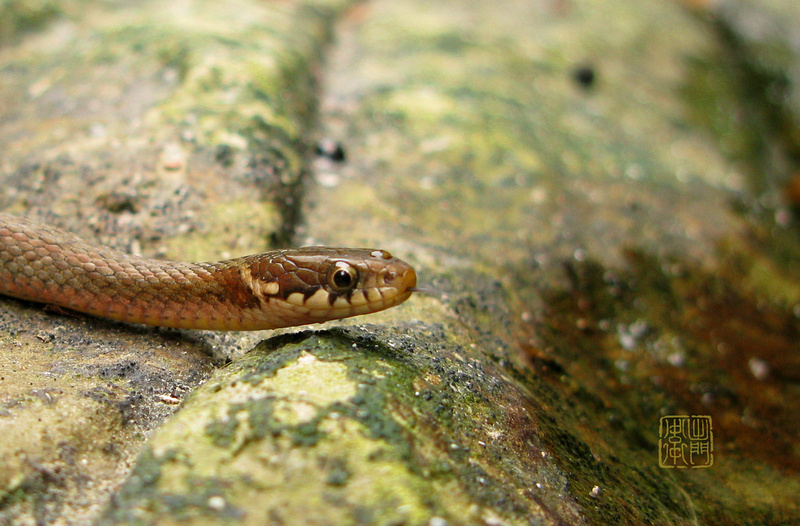 This is a Hibakari snake, and if you were to believe its name, you would be tricked into thinking it is a deadly, man killing snake. The name Hibakari ヒバカリ implies that if you were unlucky enough to be bitten by one, then you would surely die. Hibakari is short for ‘sono hi bakari no inochi’ (その日ばかりの命), which means ‘your life is just today”.

The name suggests that it is a dangerous venomous snake. But just like the Dragon’s head in the proverb, this tiny little snake turns out to be one of the cutest most charming snakes on the planet, and perhaps disappointingly, it is also completely harmless. 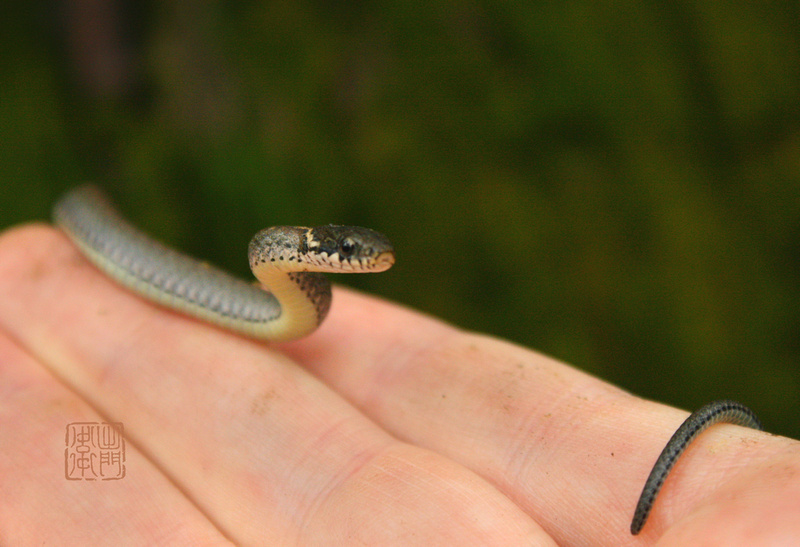 It’s not known how the Japanese name came about, it was probably just a sarcastic caricature.
In English it’s called a Japanese keelback Snake, and is sometimes known as a Japanese grass snake. It is a very small snake, about 30-40cm long and about the thickness of a pencil. It is safe to handle and generally doesn't bite. If it does bite though, it doesn’t have any venom, and its teeth are hardly even big enough to make a dent. 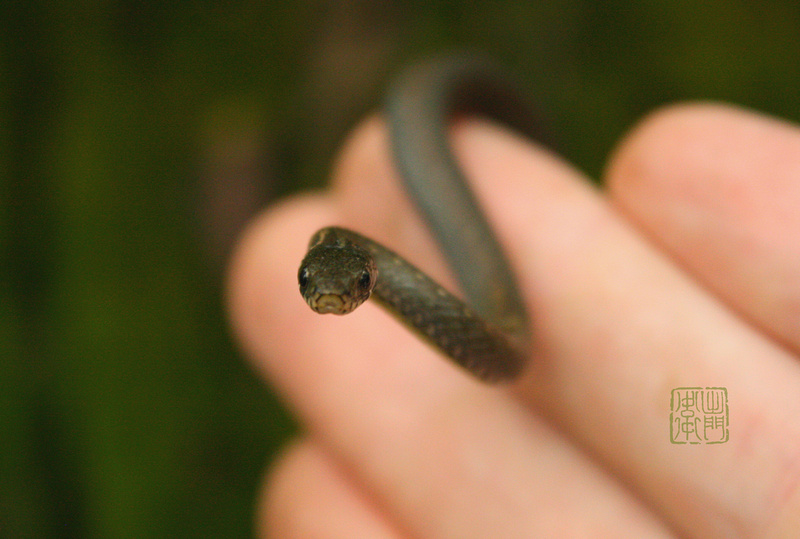 As I mentioned here before on my blog, a few weeks before Halloween I ventured into a dark forest with a jack-O’-lantern to take some photos for school. After I had finished and was packing up my gear, I saw something move in the leaves near the base of a tree. At first I thought it was just a lizard, but then I remembered that I had seen a hibakari grass snake here once before, so I carefully moved the leaves away and took a closer look. Sure enough, there was a tiny brown Hibakari grass snake slithering under the leaves. 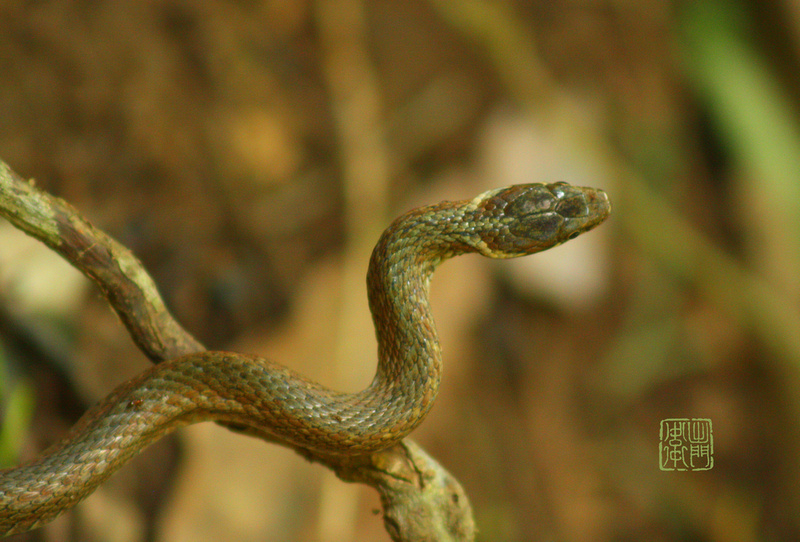 Hibakari grass snakes are very fussy about the place they choose to live, so they can be hard to find. They all seem to carry the same check list though, because where there is one hibakari, there are usually many more living in the same area. Yet a few kilometres away, there won't be any.
They are most commonly found in forests especially where there is lots of leaf litter. But they are also fond of the long grass around rice fields, and in summer when the rice is plants are high they can also be found in rice paddies. Their favourite prey are small frogs, worms, tadpoles and insects. Summer rice paddies are a perfect habitat for them so it is surprising that they ended up with the misleading ‘deadly snake’ label, because they would have been well known to Japanese villagers throughout Japanese history and children probably kept them as pets.

The Hibakari didn’t exactly look like a man-killer when I placed it on my jack-O’-lantern: 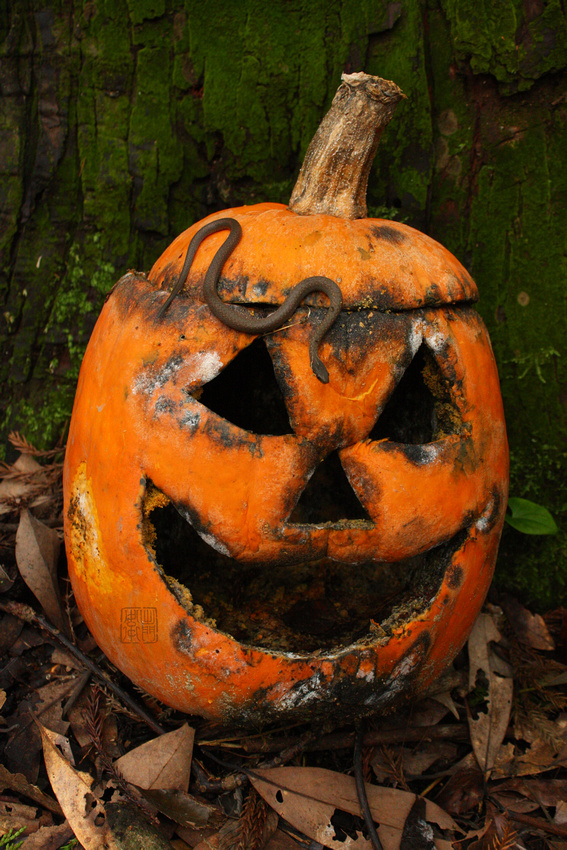 Run for your life tadpoles, run!

Like lizards, they are active in summer and hibernate over the winter months so their population is greatest in autumn which is when I seem to see them most often. 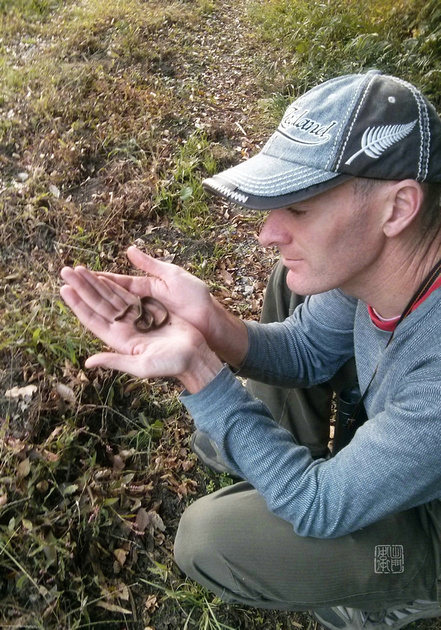 Me holding a Hibakari a few weeks ago. Tiny when you see one like this isn't it?

The scientific name for Hibakari is Amphiesma vibakari, and their size is not the only thing they have in common with lizards. When Hibakari snakes are caught by predators (birds, stoats and larger snakes, etc), they will sometimes twist and wriggle and use their muscle strength to sever their own tail. Unlike lizards though, they can’t grow their tails back again. 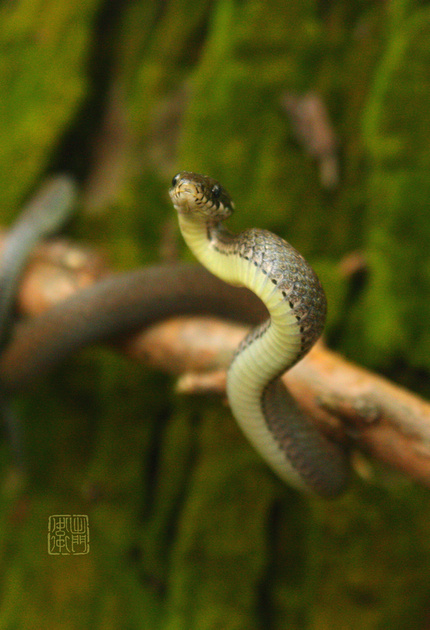 A very grey individual. Note the different colours in the various photos above.
Hibakari can be dark brown (most common), grey, pale brown or rusty brown.

Hibakari snakes are very safe to handle, but if you do see one, make sure you are confident on the identification because Japan does have venomous snakes, like the Mamushi Pit Viper (マムシ) and even baby pit vipers have dangerous venom. 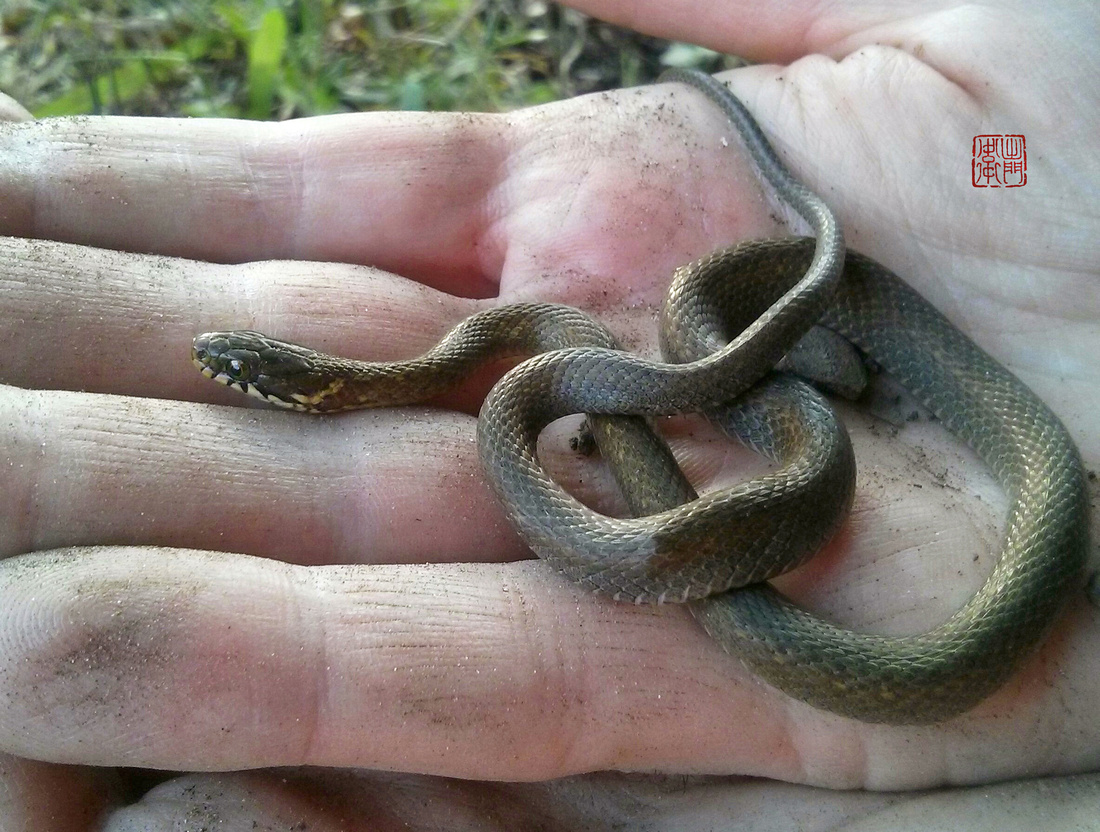 More importantly though, when handling hibakari snakes, do remember that they are cold blooded and just like frogs, fish and lizards, they are not used to high temperatures. Holding them for a long period will heat them up and they may become weak and faint or even die.

And you wouldn’t want to hurt a little dragon now would you!