A Pole Full of Frogs

日本語版はこちら
I have small veggie garden, and every year I’m visited by cute little frogs that choose to live in the bamboo stakes that I grow tomatoes on.

These 2cm frogs are Japanese Tree Frogs (amagaeru in Japanese), they live in the poles throughout the summer, catching the dragonflies and butterflies that land there. On hot summer days they retreat deep inside the holes away from the sunshine, and in the evenings they come out to hunt. They live there until late Autumn.

This year, a big fat grey tree frog is living in one of my tallest bamboo poles.

He lives at the top, and so I can only ever see his snout peering over the edge of the pole, watching me as I work in the garden, like this: 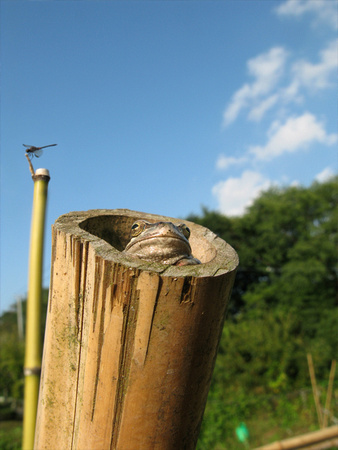 In the background you can see one of the dragonflies he likes to eat, resting on another bamboo pole.

One day, I thought I would take a photo of my frog friend, something to keep as a little memory.

I held my arm up high, pointed the camera towards him and took a photo.

When I looked at it on the camera screen,

I noticed that there was something behind him: 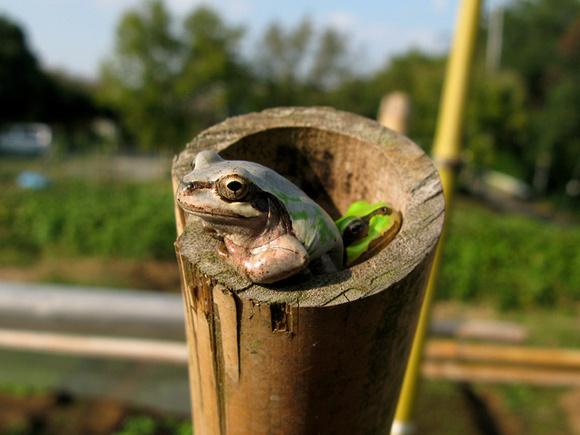 I wonder if I can get a better photo of them I thought.

I reached up higher and took another photo,

and you wouldn’t believe it! 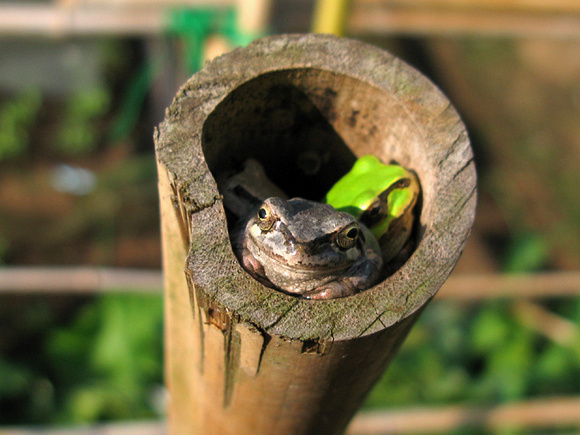 There are actually three frogs living in my bamboo pole.

I have a pole full of frogs!!

Since then, everyday when I go to my veggie garden, I have a look and sure enough, there are three frogs living in there.

The strange part is that only the big fat grey frog ever pokes his head out.

I have no idea how the other ones eat. They both look healthy and happy though.

Well, as happy as frogs could look.

Japanese Tree Frogs are the most commonly seen frogs in Japan. The Japanese name, amagaeru, literally means rain-frog, because they often come out when it rains. In the daytime, they sit still on a branch or in a hole, and so most of the time go unnoticed. They breed on mass in the rice paddies in Spring, and then move up into the hills and forests nearby where they live in the trees and shrubs. They hibernate in the winter, in rotten logs and under rocks but can sometimes even be seen out during the warm weeks of Winter. They range in a colour from grey to brown to green, but they can be told apart from other Japanese frogs by the brown stripe that runs from there snout through their eye and stops at their front legs.

Very cute frogs. Here is a better photo of one. 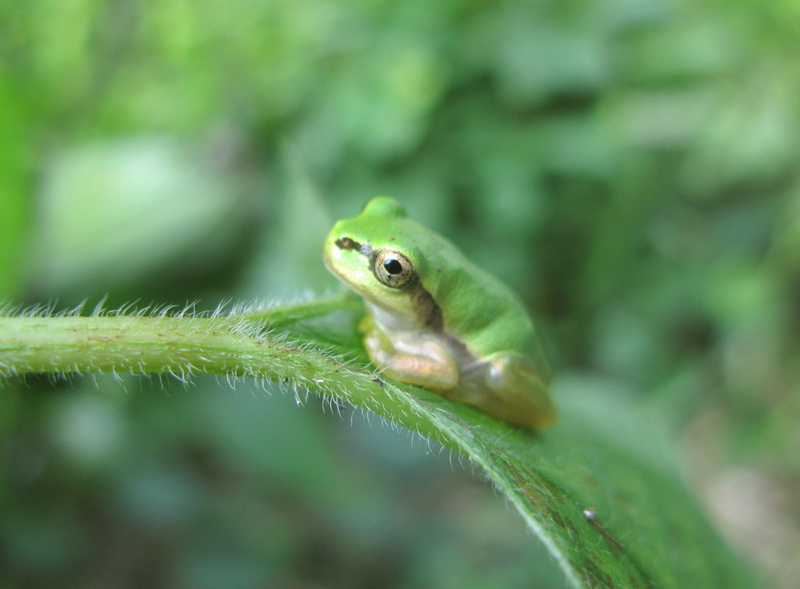 Here's a really close up photo. 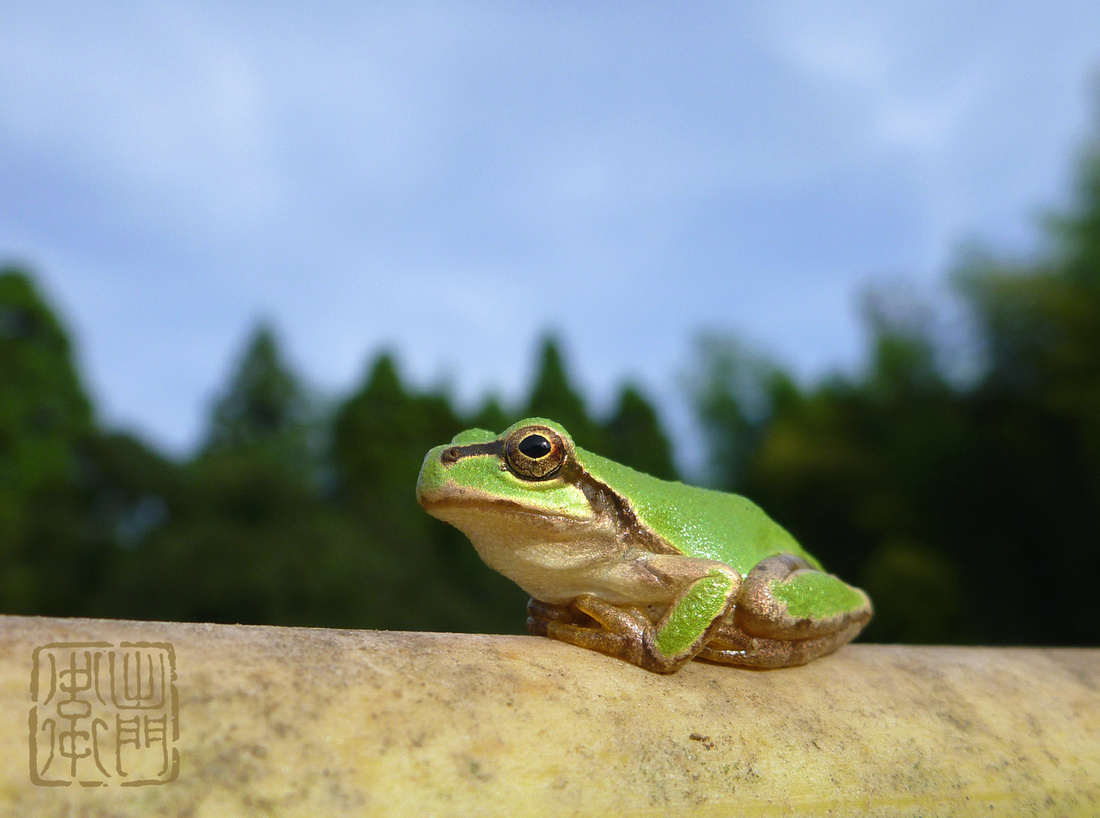 Please click this button to vote for me. It takes less than a second.