The sun pops above the horizon just after 4am at this time of year in Japan so I don’t usually bother doing sunrises over the Summer months. But a typhoon came through here a few weeks ago and blew away all the monsoon cloud so I thought I should make the effort to get up early and try my luck for some seascapes, as it’s been a few months since I’ve been to the sea.

Early Saturday morning I looked out the window, there were no stars in the sky though, so I happily slithered back into the futon. At 2:30am Sunday morning my alarm screamed, and looking out the window I saw it wasn’t much better, but decided to go anyway. I grabbed a coffee & my gear, jumped in the car and headed for the pacific coast. It’s about an hour’s drive from my house, and I had plenty of time to moan and sigh about the lack of stars (not good for sunrise photography) as I sped towards Oohara beach, a spot that I had found on Google maps that offered some potential for the current tide and sun position. Somewhere along the way I got lost, and ended up in Onjuku, a town about 10km South of where I was aiming for! A town void of any scenery worth photographing, but I wasn’t too disappointed because as dawn started breaking the sky was looking pretty grey anyway, and I could even see some fog out towards the coast. Typhoon Leepi was looking like a dud.

I remembered there was a lighthouse I had seen on a map once, and knew it was somewhere near Onjuku. I pulled into a 24hour convenience store and brought my 3rd coffee and asked for directions to the lighthouse, thinking I’d give up on the photography and go for an early morning walk there instead. My father was a lighthouse keeper, and I was born at the lighthouses so it always feels good to tick off another lighthouse that I haven’t been to before. 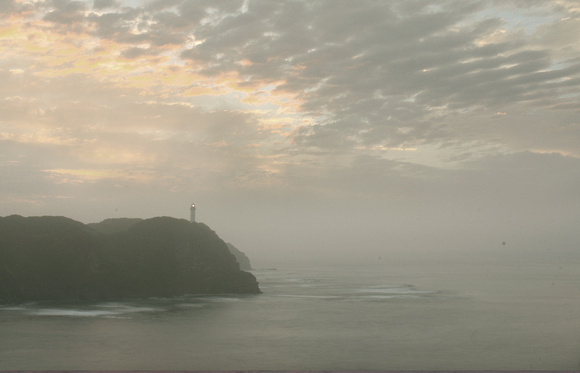 There was a heavy fog hanging around when I pulled into the carpark at Cape Hachiman. It was about 10minutes before sunrise, way too late to set up for sunrise photos anyway, but I took my camera bags and tripod rather than leaving them in the car for thieves to fight over. It was just a few minutes up the track to the cape, but blunder number 2 for the morning was to discover that I wasn’t actually at the lighthouse, I was at the lighthouse lookout, a good few kilometers away from the light!!

Amazingly though, over the next few minutes everything fell into place!

I noticed some hydrangeas in bloom down on the cliffs below, the fog almost completely disappeared, the sun rose just beside the lighthouse and was filtered perfectly through the remaining fog, and as I clambered down the cliff side with my tripod and gear and set up in amongst the silver-grass the morning sky lit up in typical post typhoon style!

I took quite a few photos here and got some real beauties! (I’ll upload them here on facebook in between some nature and satoyama photos over the next few months, hope you enjoy them). After shooting here I drove up the coast to Ohara, and had a look at the location I had originally been aiming for. It looks like a great spot for seascapes, lots of rocks and crashing waves, so I’ll be taking some shots there in the Autumn for sure. I was home before lunch, and spent the rest of the day smiling, but felt like crap cause of all the coffees I had downed earlier in the day!!

So here’s the first photo. This is the lighthouse at Cape Hachiman, on Chiba’s Pacific coast. This is a vertical panorama (like a panorama turned sideways) it’s 5 photos high. The foreground and sea were exposed for 3 seconds. The flower in the foreground is Hydrangea, a staple of the monsoon season in Japan. The rock formations down in the water where the waves were crashing are man made rock pools. They were craved out of rock more than 100 years ago with pick-axes. They were made for catching sardines and octopuses, which would get trapped in them at low tide for the local fisherman to catch. Pools like this are quite common along the Chiba Pacific coastlines. 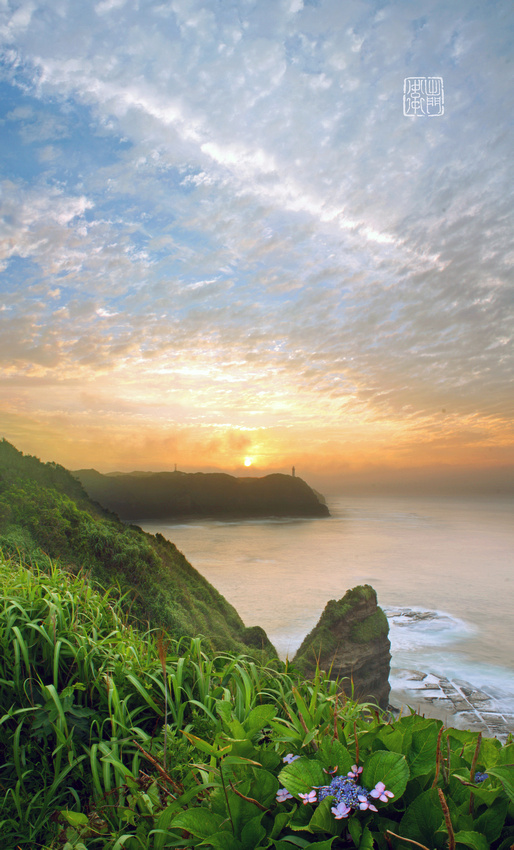 This time last year, we had a nasty typhoon come through named Typhoon Guchol, the 4th Typhoon of the season. It caused a lot of damage, but for a few days after passed, we were treated to some beautiful sunsets and sunrises, and I was able to capture some of them.

Here are some photos from Typhoon Guchol. 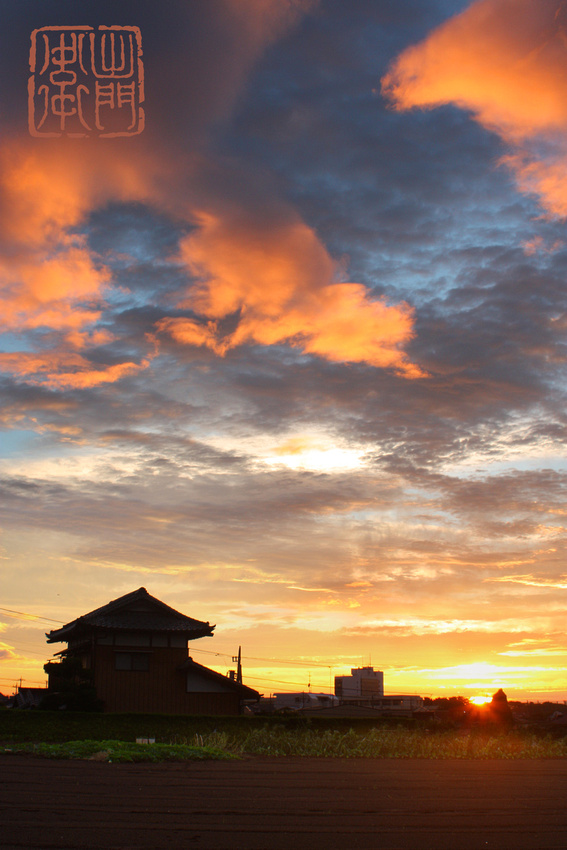 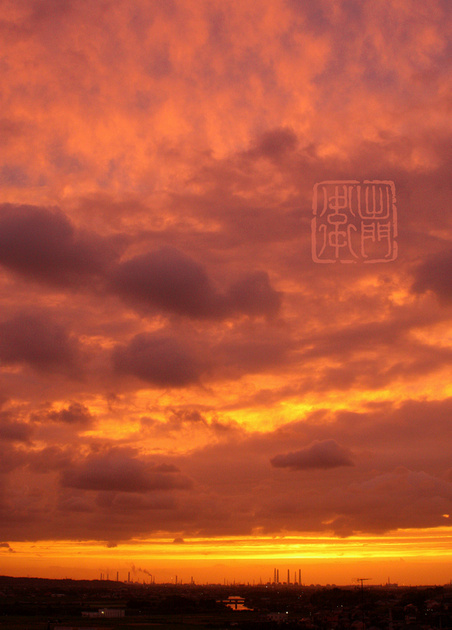 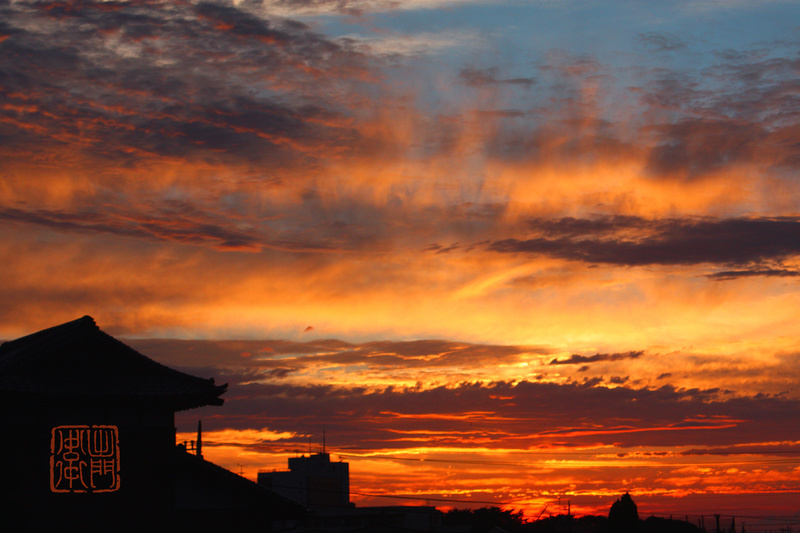 That's my artist Seal in the Corner.

It's says "Damon" in Japanese.