The Official Start of Spring

Today is the first day of Risshun 立春, the official start of Spring on the traditional Asian calendar.

Last night, people all over Japan celebrated the change of seasons in a pleasant ceremony called Spring Setsubun, a ritual performed at home to chase away the evil spirits that have been causing havoc over the winter months.

Don’t be deceived by the calendar though, the “official start of Spring” doesn’t mean the start of warm weather yet. Of course February is the coldest month in Japan, and most of us won’t notice the change in season for another month yet. 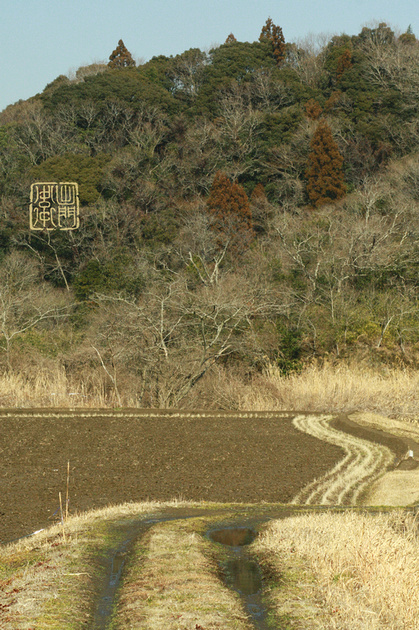 Out in the Japanese countryside though, things are changing all the time, and there are many subtle signs that point to a switch in season. The days are quickly getting longer, giving plants more time to absorb sunlight which to them is more important than the warmth that us humans are waiting for. Low down on the ground, sheltered from the cold dry Siberian winds that flurry in from the North all winter, small ground hugging wild flowers are already taking advantage of this extra sunlight and have started blooming.

Japanese soil is rich in nutrients, and when the warmer months do come, the rain will come with it, making perfect conditions for plant life to thrive. Competition between plants for ground space will be intense from March right through until September. Some species have evolved to get a head start on their competition by flowering earlier. In fact some super crafty wild flowers even have buds on them right through winter, and open up just on the warm afternoons. 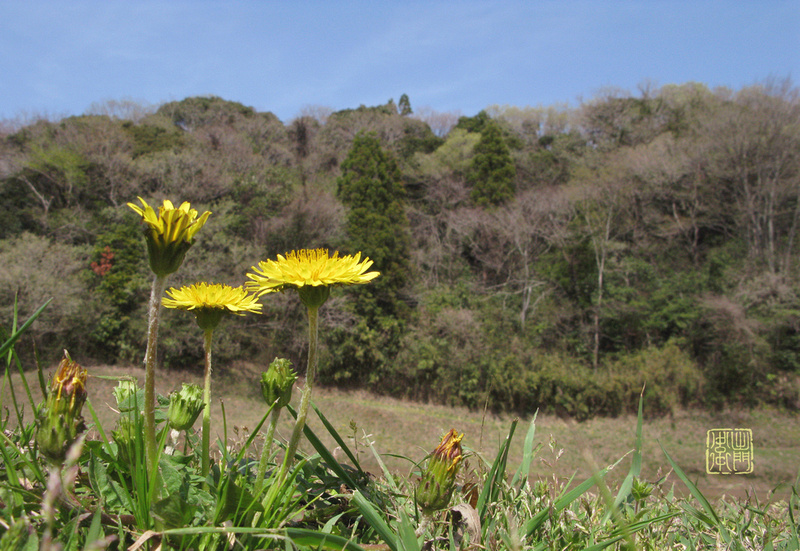 One of the most recognisable of the early flowering plants is the Japanese Dandelion (above). Called Kanto Tanpopo(カントウタンポポ) in Japanese, it is similar to the European Dandelion but lacks down-facing bracts underneath the flowers. Kanto Tanpopo have low resistance to pollution compared to their western counterparts, and so are only found in healthy habitats. Naturalists sometimes use Japanese Dandelions as an indicator when searching for signs of an unmodified environment.

Another earlier blooming plant, which has received a bad name over the last few decades because of pollen allergies, is the Japanese cedar. Sugi (スギ) are fast growing tall conifers that flower in early Spring. Daily allergy reports broadcast on nationwide TV keep most people far away from Sugi forests, but in the few weeks before they release their pollen, Sugi take on a beautiful orange colour, not unlike the maple leaves we all love to view in Autumn. 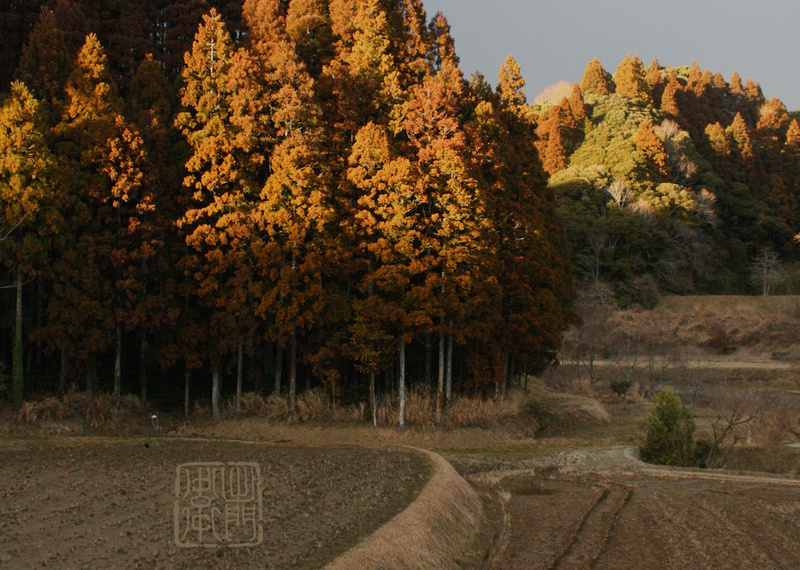 The deep yellows and oranges of the Japanese cedar in early spring make great backgrounds for bird photography. A few years ago, this Great-Spotted Woodpecker decided to build her winter home right in front of a Sugi plantation. Every evening she retreated inside her hole for the night, silhouetted against the golden yellows of the Sugi trees in the background. 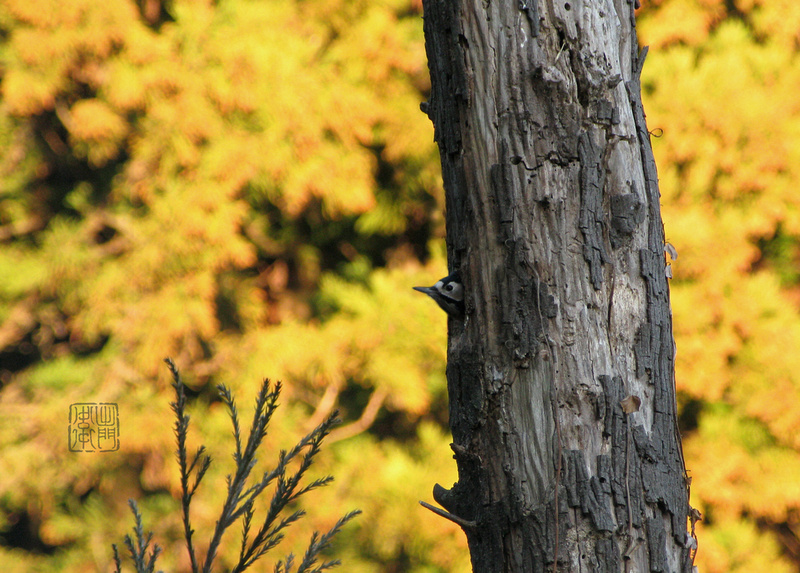 Woody-Woodpecker knows winter isn’t over yet. She’ll stay snug inside her house for another few months yet before flying north to breed. Great-Spotted Woodpecker are called akagera (アカゲラ) in Japanese. They use their powerful beaks to carve holes in dead trees where they sleep on winter nights.

As is the beauty of nature, there are some insects that take advantage of this early flowering, and have synchronized their life cycles to fit in with it. Instead of dying off in Autumn after laying eggs, some species of bees, butterflies and grasshoppers semi-hibernate over the winter months. On the warm days of early spring, they jump to life and can be seen flying around the grass verges of forests, fluttering between the wildflowers. 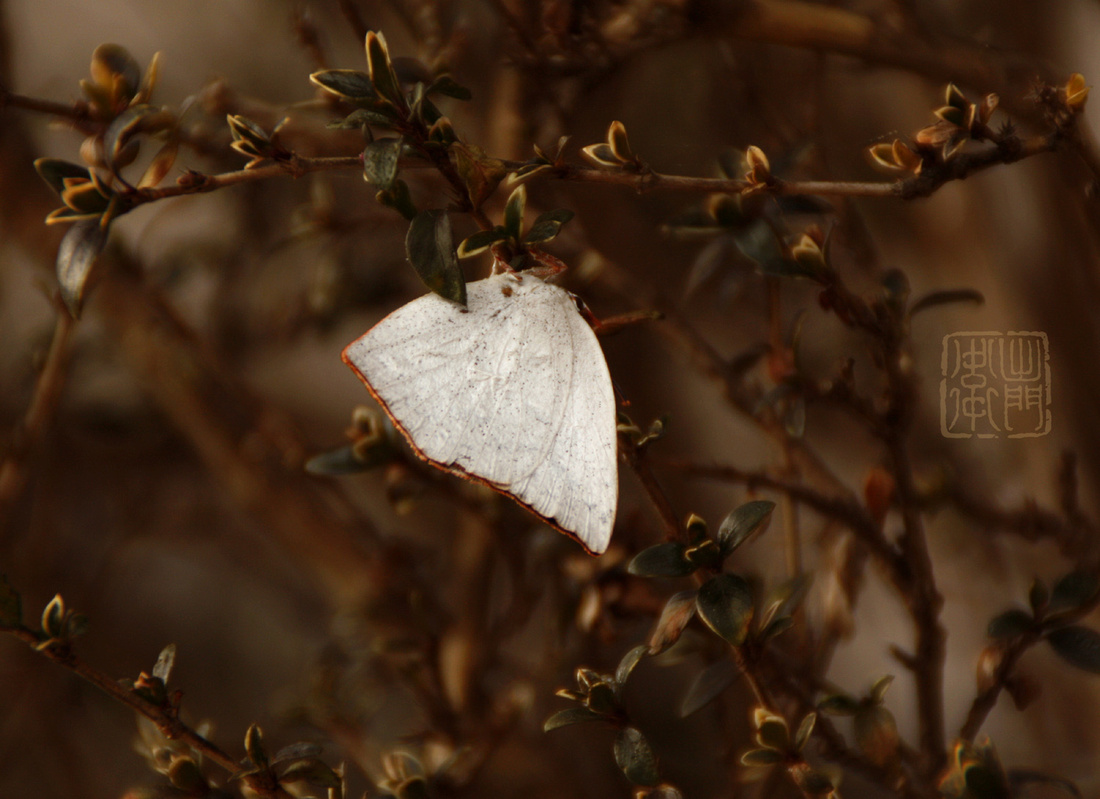 One of the most beautiful of these insects is the Angled-Sunbeam butterfly.

I much prefer their Japanese name, Uragin Shijimi (ウラギンシジミ) which translates as Silver-Backed Sunbeam. These butterflies have dull white colouring on the outside, but inside they are bright orange-red. They winter over by hiding under hedges and bushes, and enough of them survive to mate in the Early spring and lay eggs for the next generation.