It's a small hill that looks out over some peaceful terraced rice paddies.

This spring I was hoping to capture some panorama landscapes of the rice paddies with colourful sunsets reflected in them.

I visited the hill a couple of times in April when the paddies were flooded, but on the days I was there the skies just didn't cooperate.
They were either grey and overcast, or it was windy and the reflections were messy. 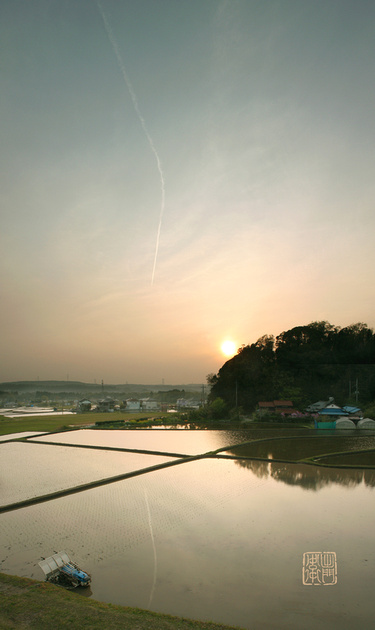 There is a only a small window of about 3 weeks between when the rice paddies are first flooded and when the rice grows too high and the reflections get blocked out.

Before I knew it the window had closed and I didn't get the photo I wanted.
I gave up, and wrote it in my notebook for something to try again in April next year.

In the meantime, the two photos above are the best I could manage this year. Now that 2 months has passed I must say that they aren't as dull as I had thought.
I still have an image in my head of the same paddies glowing reds and yellows in a spectacular spring sunset.

Here is the same place in late summer when the rice is being harvested.
The bird in the sky is a Kite (トンビ) which is a large hawk.
This view is looking up the valley.
The houses on the left are the same houses in the photos above. 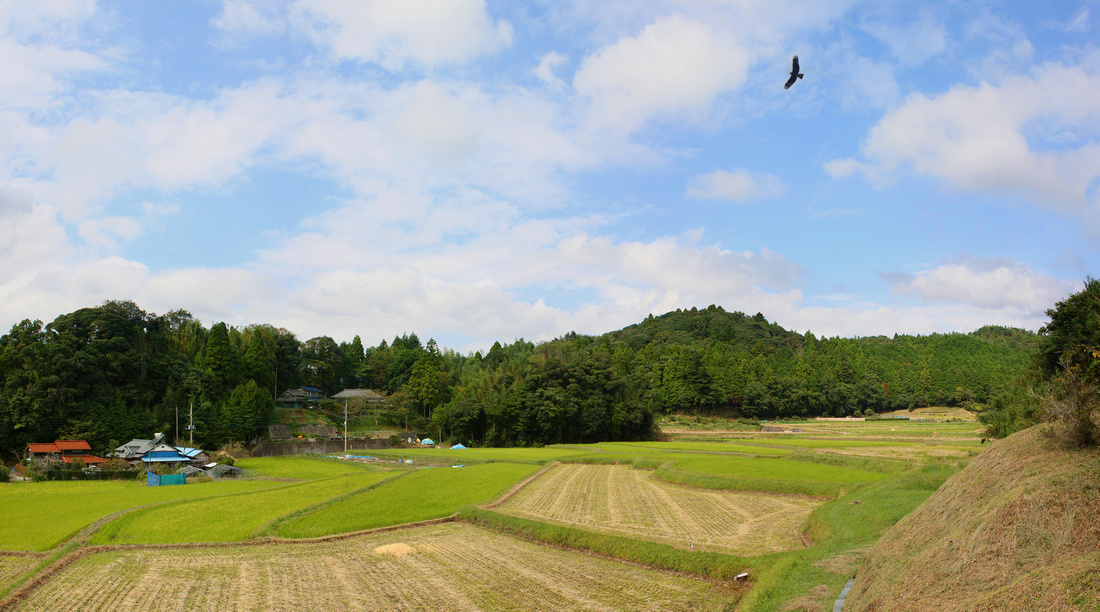 It's a great little view don't you think?

Please help me out by clicking this blog vote button below.