When we think of rice paddies,
we often picture farmers knee deep in water tending to their crop.

I guess we get this image from photos and
pictures we see of rice paddies from various Asian countries. 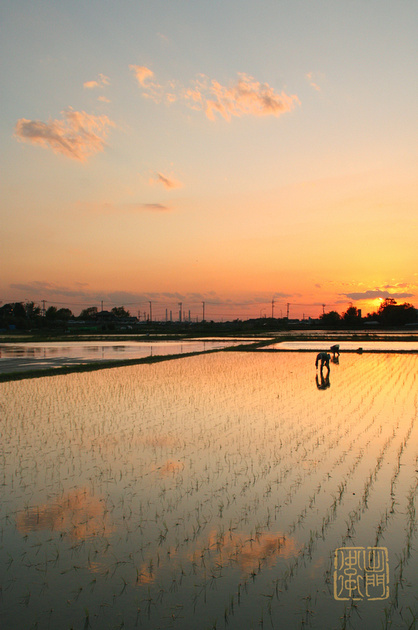 
But here in central Japan,
where rice can only be grown once during a year,
the paddies are mostly void of people and if they are working in the fields,
they are usually on tractors of combine harvesters.

It is only really in planting and harvesting season
that we see people working in the fields. 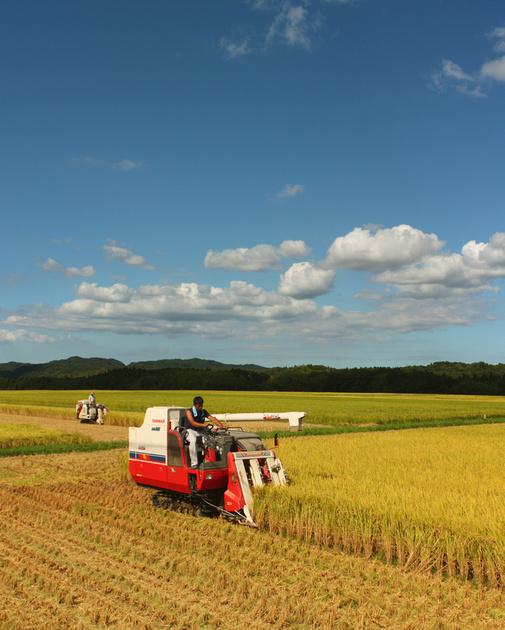 So I was quite pleased the other day when on the way home from work,
I noticed an elderly couple roguing one of their rice fields.

I was even more happy when while I asking them for permission to take some photographs,
I noticed the clouds in the background starting to turn pink.

It had been a hazy day,
so I wasn't expecting their to be any colour in the sunset.
But it turned out to be a beautiful scene.

It was a few minutes after that when I took the photo at the top of this page.

Here is a close up detail of the middle of the photo: 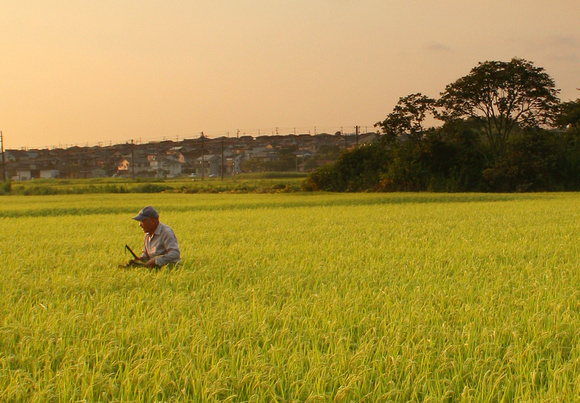 Weeds get into the paddies and grow among the rice plants.

When the rice is harvested the foreign seeds can be separated,
but it can damage the value of the rice,
and if they aren't rogued out regularly
then after a few years they can take over a field causing real problems. 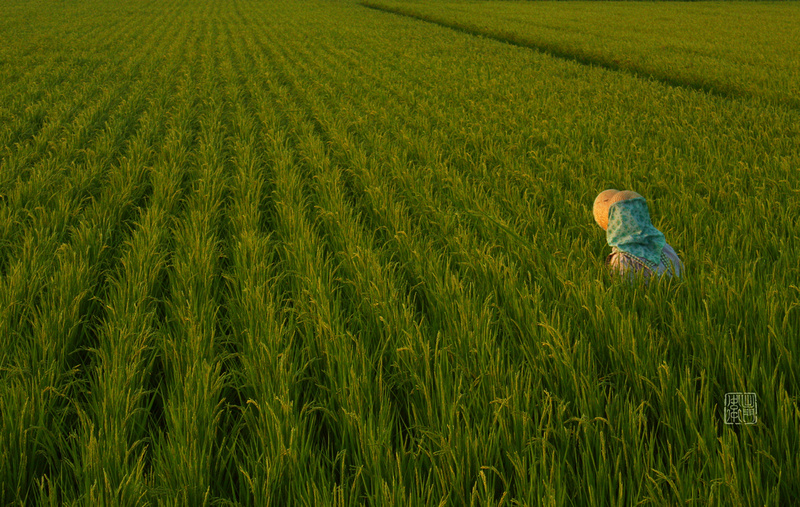 This couple had obviously been doing a good job weeding their paddies,
because their rice fields were weed free and very picturesque.